Antibiotics are the most common treatment for bacterial infections in humans, animals, and plants. Antibiotics are added to livestock feed to protect livestock from diseases. This allows for greater growth and production. Antibiotics are also often in the foods humans consume. Antibiotic sprays are commonly used in agriculture, especially for fruit trees. Many plastics today, such as those used in public hygiene stations for babies and children, have antimicrobial additives embedded within the materials. These additives reduce bacterial growth on the plastic’s surfaces.

With this widespread use of broad-spectrum antibiotics, they have become far less effective as medical treatments. This use has also contributed to the emergence of antibiotic-resistant bacteria. For example, the treatment of tuberculosis requires an increasingly diverse cocktail of antibiotics as bacteria becomes more resistant to previously effective medications. Scientists are continually developing new therapies in a race to stay ahead of the evolution of new antibiotic-resistant pathogens. However, despite these precautions, multi-resistant bacteria continue to appear. 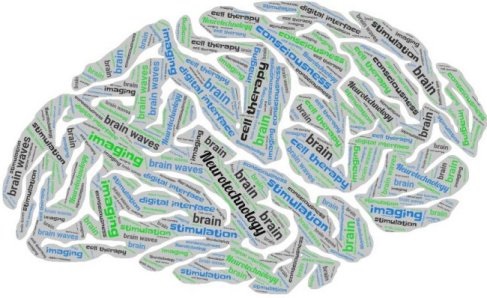 Neurotechnology is a growing science that helps people understand the brain as well as aspects of consciousness, thought, and high-functioning activities. Since the development of brain imaging, scientists have made significant progress in the field. Neurotechnology includes products and procedures that improve and repair brain function. Presently, we can create images of almost all aspects of the brain, and to some degree, control its functions. Brain imaging, stimulation, measurement, and cell therapy all show promise, as do developments in brain-computer interfaces. Neurotechnology can help treat depression, insomnia, Parkinson’s disease, and many other conditions, as well as improving the quality of life for those with disabilities or injuries. However, its side effects are not well understood, and the implications related to its use have not been fully explored. What potential challenges could scientists, policymakers, and the public face as this technology continues to develop? How can neurotechnology be used to heal and enhance human and animal brains? What are the potential benefits and consequences of its growing use? 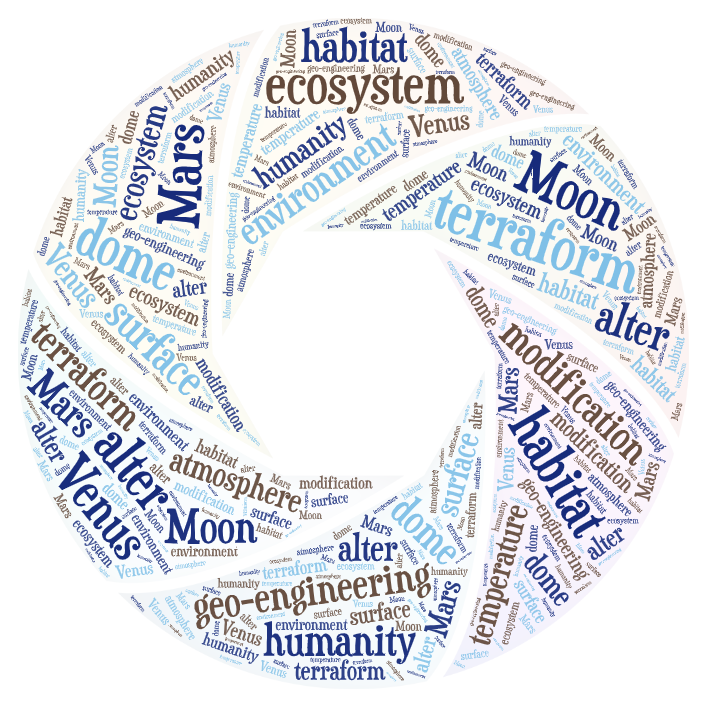 NEW - Readings, Research, and Resources for the IC Topic

Terraforming is the process of altering the ecosystem of a region on Earth, Moon, or another planet to make it habitable for people. This may include altering the atmosphere, temperature, surface, or environment.

The Moon, Mars, and Venus have all been considered as candidates for terraforming. What modifications would be needed to make such places suitable for humans? The "worldhouse concept" involves enclosing areas on Earth or even entire planetary bodies under domes. Scientists theorize of geo-engineering the Sahara desert into a lush forest. What unforeseen effects and consequences might these actions create? What other areas might be considered for terraforming? 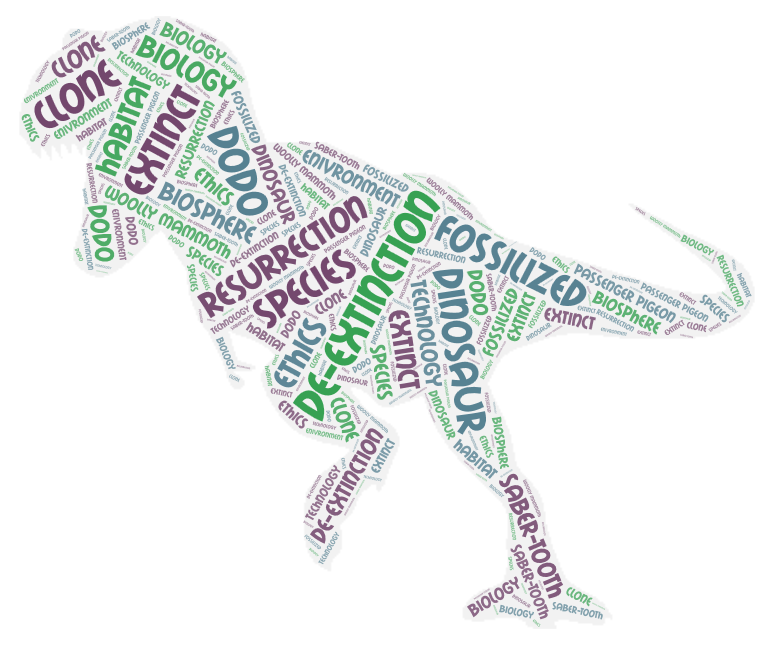 NEW - Readings, Research, and Resources for the IC Topic

From woolly mammoths to saber-tooth cats, to passenger pigeons and dodos, to a myriad of insects and invertebrates, many species have become extinct over time. New scientific advancements are leading to unprecedented uses of fossilized materials. Could these archaeological discoveries combined with scientific breakthroughs lead to the long awaited, long speculated, realization of de-extinction? De-extinction, also called resurrection biology, is the process of resurrecting species that have died out, or gone extinct. De-extinction uses techniques such as cloning to revive an extinct species. De-extinction is a controversial proposition that has split scientists.

Technology to revive extinct species is close to being perfected, but does this mean that it should actually be used? Where will these revived species be housed and what impact will they have on an already changed habitat? What are the ethical pros and cons of reintroducing extinct animals? What limits should be placed on the use of such technology? Should scientists use this to undo environmental harm that has occurred? How might these restored species affect our current biosphere? How might living among de-extinct species affect humanity? 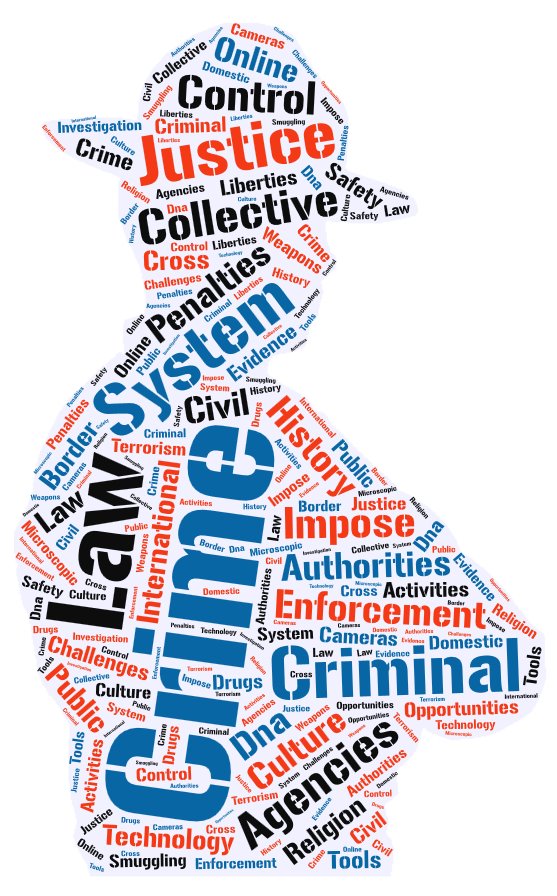 Criminal justice systems are composed of law enforcement agencies, court systems, and correctional institutions. These organizations operate together using defined processes and protocols to regulate crime and impose penalties on those who break laws. A one-size fits all system does not exist, as laws and norms are influenced by country, culture, history, and religion. New technology has created both challenges and opportunities for criminal justice systems, especially since a variety of online activities that constitute crime and new means of analyzing evidence are in place. Virtually every new technology is likely to be used against the public at some time in the future.

As law enforcement agencies develop new ways of identifying criminals and criminal behavior, where should the line be drawn between public safety and civil liberties? How will automated systems, robocops, and crime-predicting software shape the monitoring or detainment of convicted individuals? What might future courtrooms look like? Under what circumstances or guidelines should legal software programs and predictive coding be used as part of a criminal justice system?